My Baccalaureate Address to the Hill School Class of 2018: 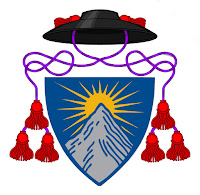 If the adults in your life are like mine were—and I suspect that in this matter most parents or guardians are quite similar—you will someday find that they have kept stuck in a box someplace or on a shelf at the back of a closet somewhere any number of relics from by-then-forgotten episodes of your childhood. And when I say forgotten episodes, I mean forgotten by you: for your parents will surely have remembered them, even without looking back at the objects they’ve so carefully preserved.
So, as I say, at some point you will find these things. It might be anything, from baby shoes to your first tooth to a blue ribbon from a first grade science fair. One guy I knew in St. Louis kept his sons’ tonsils in a glass jar in a kitchen cupboard, but I assume he was a statistical outlier.
As you will have inferred, I am speaking from experience here. Indeed, I am speaking in a certain sense from triple experience, since I inherited one of these treasure troves from my grandmother and one from a doting great-aunt as well as the expected pile of things from my parents. But it’s that last collection, my parents’ own archive, that I have particularly in mind this morning: and especially out of that collection I have been thinking about these two carefully preserved relics from the Eisenhower administration.
[[Here, I produced two stuffed animals from my childhood:]] 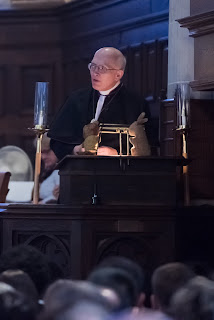